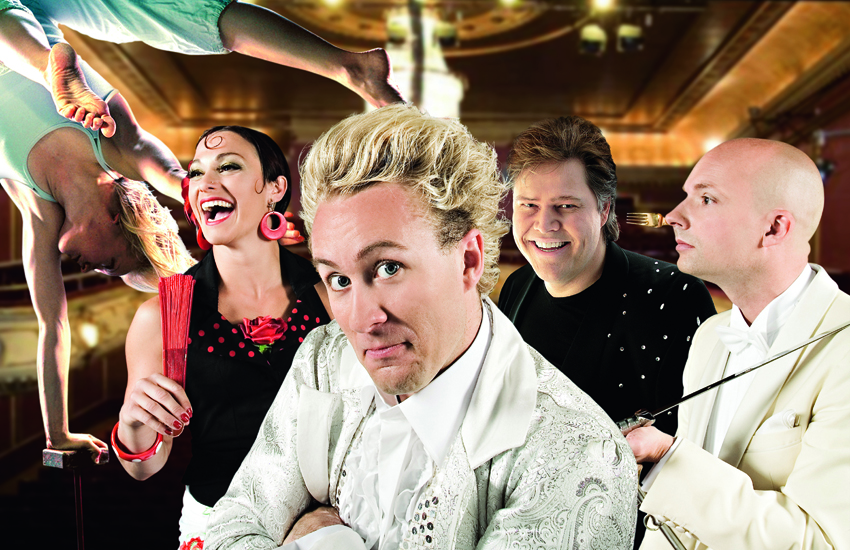 Varieté Royale is a modern Variety show in an exclusive package, and offers a grand spectacular full of uncompromised sensations. Johan Wellton headlines his production with a personal mix of comedy and super juggling. The performers are not an ensemble – this is Sweden’s most charismatic individualists that all presents their very own impossible feats. It is grandiose, wild and yet intimate.

“The fear that a Variety in Johan Wellton’s direction would only mean new circus and a few jokes is immediately out of question.”
– AB

Varieté Royale was awarded “The best show of the year” 2008 by nummer.se. The show played for sold out houses at Gävle teater, Slagthuset Malmö and vasateatern Nov-Dec 2008.